The young photographer Silviu Preda (from Timişoara, Romania) has his first international solo show in the Tiny Griffon Gallery. Preda is interested in specific subjects on which he ponders for a long time, authored a number of works that have attracted the interest of critics, the public and collectors, and is the winner of several national photography awards. "5 O'Clock Pandemic Tea" is an imaginary epic tale set in a confined space. Forced into the economy of means, the artist often rejects minimalism as an aesthetic solution and develops an astonishing baroque universe in his own living room. The artist is often interested in uncomfortable themes: alienation and the individual's response to social pressures, consumerism, transcending ideas in objects and their role in the expression of personality, identity drift. The exhibition is curated by Cristina Simion. 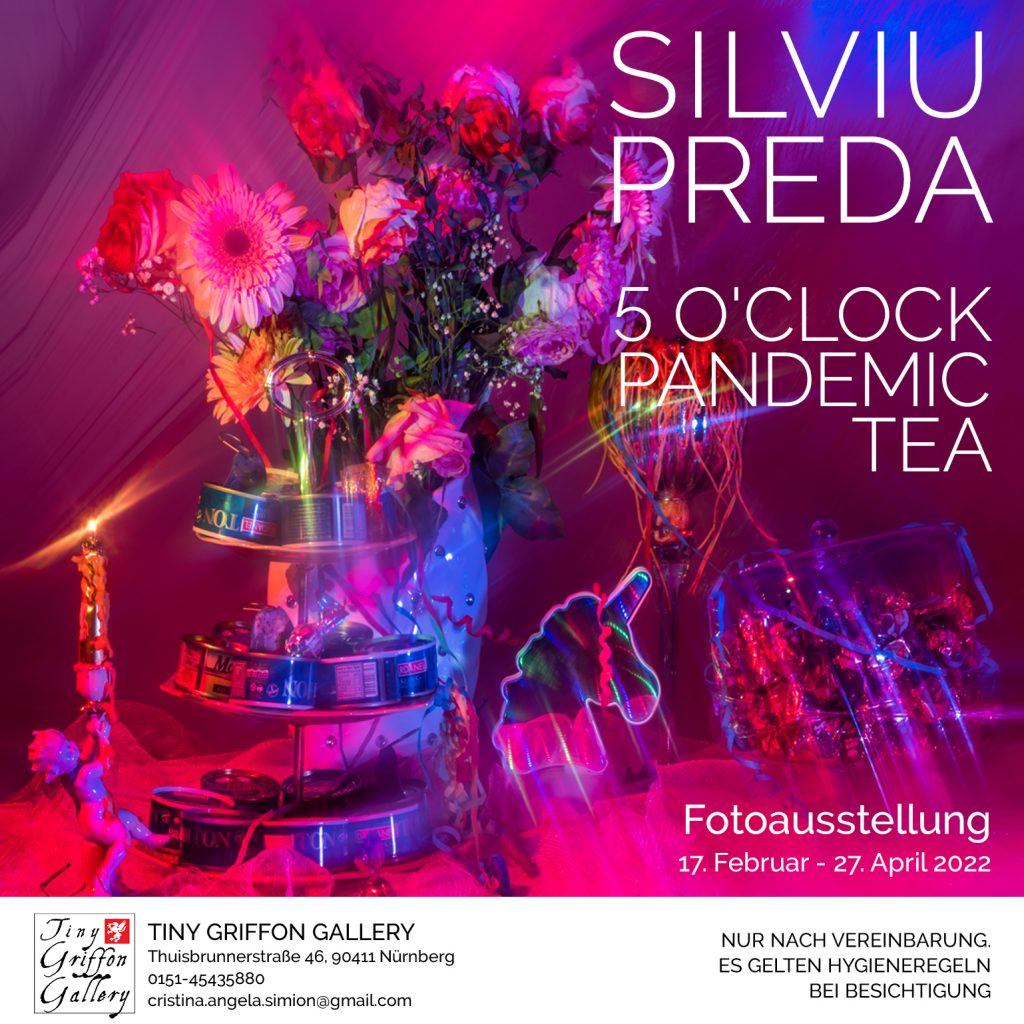 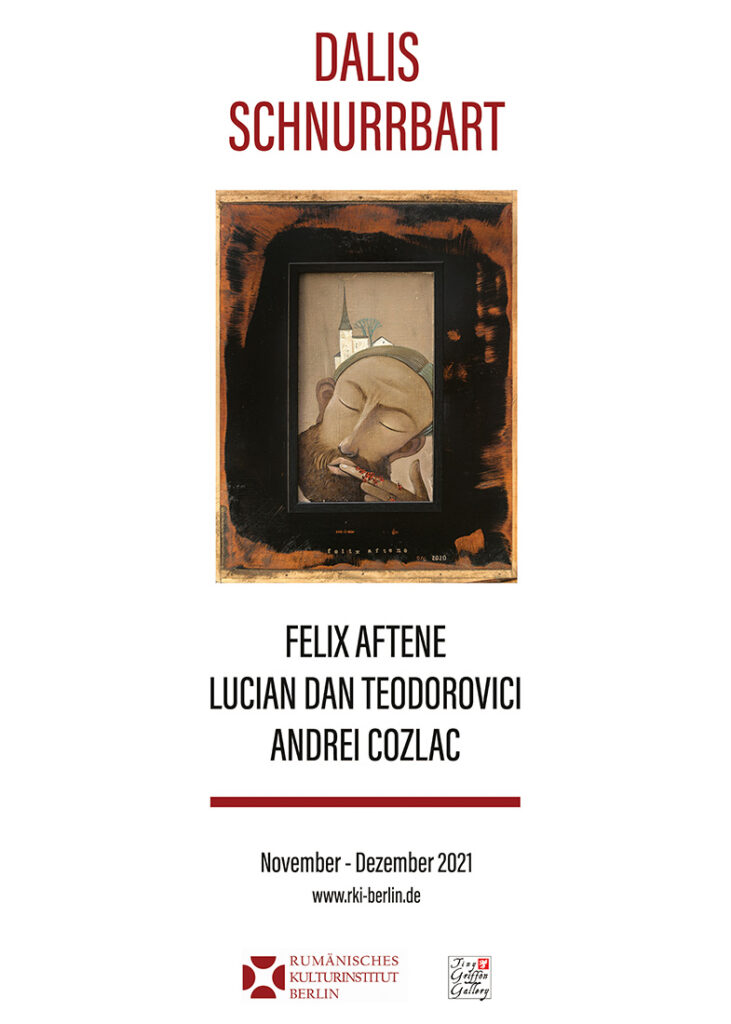 Felix Aftene created the series “Dali’s Moustache” in the style of magical realism that made him famous, because the artist – the central character, lives in a timeless world, ruled by imagination, the “monstrous sense” without which all artists lose their identity, offering to the writer Lucian Dan Teodorovici the pretexts of the stories that accompany the images: talking canaries from the Canary Islands, ants with a great artistic appetite, philosophical crows, short-sighted butterflies, strings of firebugs. With images and words the writer and the painter have put together a pictonovel.

The third artist involved in the project, Andrei Cozlac, adds by video projection transient elements to an object -painting from the series, completing Aftene’s vision especially with light and shadow effects that suggest day and night alternating over the character’s world, but also with poetic images : clouds and rows of firebugs marching around the frame, thus integrating the world that Aftene imagines into a kinetic Universe.

The project of Roland Pangrati's personal exhibition, The Moon Glows the Same, reflects the artist's interest in exploring the connection between man and nature, between bodies and the Earth, as well as his research, influenced by the philosophy and art of the Far East, related to representations of nature. the visitor in a multisensory and synesthetic world. The title of the exhibition is inspired by a haiku by the Japanese poet Basho: The Moon glows the same./It is the drifting cloud forms/ (that) make it seem to change.

The monumental paintings, but also the small ones, of Pangrati are a clear, pictorial, although symbolic, image of the lifeless Earth, surviving any exploitation or change determined by man. The world created by Pangrati is not an allegory of a planet in which man is absent, but a metaphor for the healing power of nature and the need of mankind to readjust their relationship with the Universe. 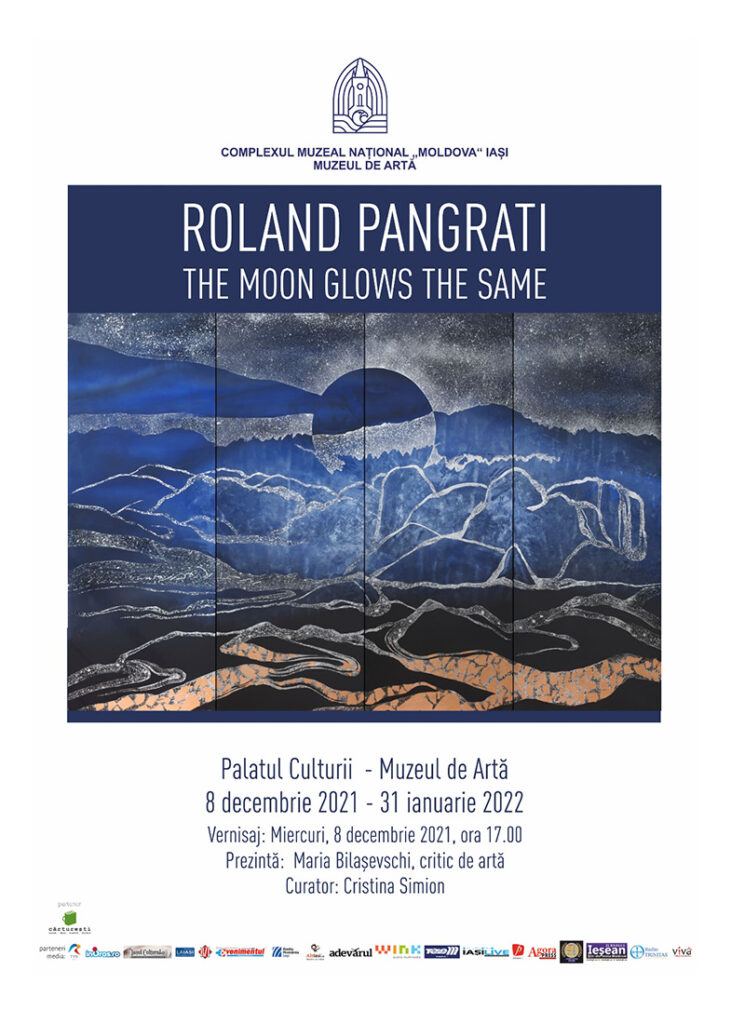